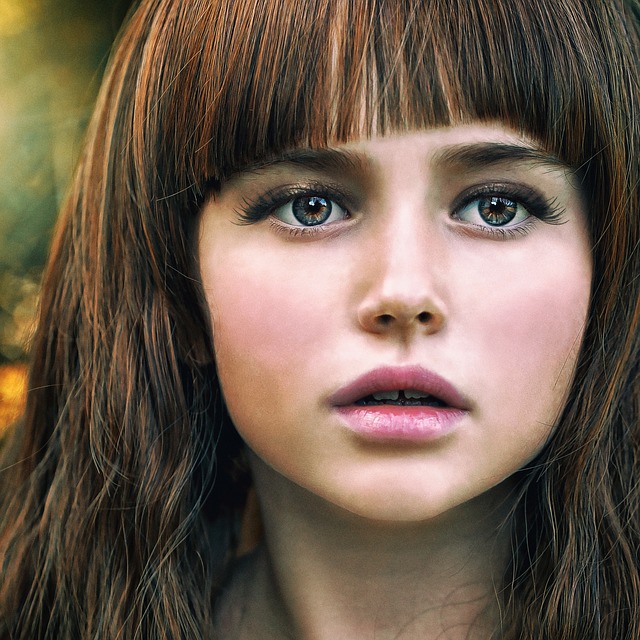 Frustrating Matched Believer
Panegulis is a female acolyte who has the enthusiasm and application of a puppy.  There has never been a more adaptable but more incompetent being known to the planes.  She appears a wide-eyed Tiefling (pf demon ancestry) but could just as easily fit into a feywilds scene, with her wild hair and small horns.  She has believed wholeheartedly in a cause many times yet each time she joins a cult or follows a powerful persona, she invariably causes trouble.  Panegulis never means to cause irritation but her constant questioning and absent-mindedness means she cannot be trusted with even a simple task.  For those groups that have stuck with her and spent many agonizing weeks training her, she has the awesome ability to become the accidental pin to burst their balloon.  It’s as if she drains them of fortune and blocks the one crucial cog in the machine.
One famous occasion was when the large Cult of the Ascending, found that days before their ‘great journey into the void’ their numbers had dwindled dramatically and that the only mage who knew the last rites was also missing.  This failure was traced back to a fatal spelling error in the password to enter their hideout.  If pronounced as written, it transported the creature reading it into a plane full of gigantic carnivorous plants.  Panegulis was of course given scribe copying duties that day.

Sake Credit Midmorning
Midmorning in the city and a sudden drop of temperature was followed by reported thefts of gold and platinum coins right across town.  It seemed that wherever folk felt a chill, gold had disappeared; a curious incident that will repeat days later if not prevented by adventurers.
What is causing such strange thefts to occurs, and why is it preceded by cold winds?  One theory is that there has been a summoning of an air elemental or genie that is collecting these coins at the bidding of its masters.  An exotic market stall purchase and some big-spenders connect the incident to the genie and its masters.

An old God created and groomed a champion to fight for it but events in the godly realms conspired against them.  Now the champion has no orders and plenty of ambition.  In the guise of a paladin, Sir Gorenspir excelled in his training but has since been cut loose from his order as a wild and uncontrollable force.  Sir Gorenspir plans to use his charms and powers to take over the order that spurned him.  Once in charge, who knows what he could accomplish now he has no master.
A character and an adventure awaits.  Will the adventurers meet the inspiring Sir Gorenspir and be moved by his plans to put the ‘stuffy’ order of knights in their place?  Or will the adventurers be recruited by the order of knights to report on their former student and perhaps capture him so that he can no longer spout falsehoods and use his powers unwisely?