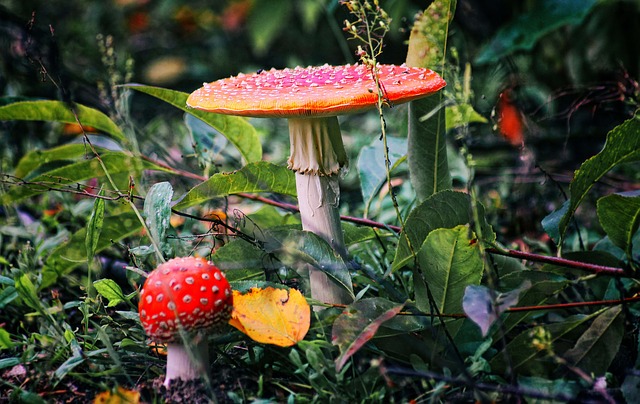 Bloated Biologist Feature
The self-titled Majesty of Floral Kind, this obese being lives in a large greenhouse, which houses many, many varieties of plant-life.  So much so, that fey-folk have occasionally settled there.  His majestic-ness is fond of visitors but prefers they do not touch his precious items, unless they have something to bring.  He loves to collect more species and can bear to part with plants if they are not his particular favourite at the moment.  It is said that he has monopolized rare, exotic species and that he holds a treasure hoard somewhere on site, perhaps hidden in one of his underground cabins.  There is also another rumour, which happens to be true, that he is part-plant himself.  He is part-transformed Myconid (a mushroom-based humanoid) and also contains a carnivorous parasite that he feeds and keeps in check.  All in all, a fascinating creature but one not to get to close to!

Seafood Monumental Solidly
The Festival of the Bounty is declared when a large sea monster is washed up on shore.  When this rare moment occurs, the inhabitants of the nearby sea towns will do everything they can to keep the creature from returning to the depths.  So precious is the blubber and meat that the townships have agreed in advance to call impromptu festivals, which can usually last up to 2 weeks whilst a gargantuan squid can keep a festival going for twice that time.  Expect much carving of food, games to be played on the beaches and restaurants to do a roaring trade!

Caveman Treatable Bundles
One of the strangest foods around has to be the Caveman Buns.  They are a kind of doughy bread-like substance but made wholly from fungus that grows in wet caves lining particular coastlines.  The taste and texture of this green and white bun is somewhere between seaweed and potatoes but they allow the user to increase their sight as if they had dark vision up to 30 foot and keeps them from being poisoned by the alkali-heavy waters found underground.  There are occasional side-effects, if the stomach reacts badly to the new fungus.  Any player consuming it for the first time should make a DC12 Constitution save.  If they do not succeed they will need to make 3 rolls on a d6 die during the next 4 hours (at the GM’s discretion).  If any of those rolls is a 1, then they are violently sick and suffer one point of exhaustion.