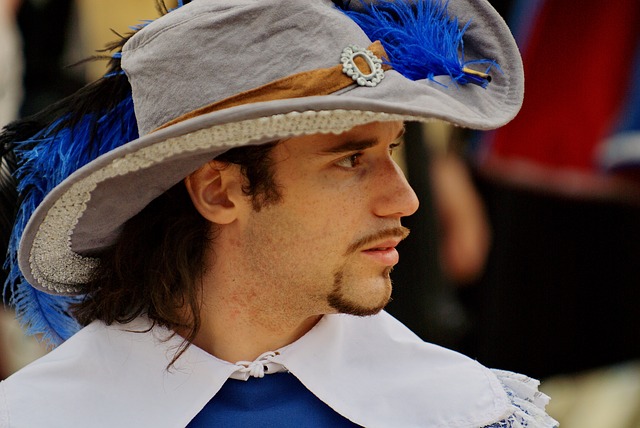 Tipping Cavailer
Although they don’t always get great press, cavaliers are the classic ‘knight in shining armour’, or in other words, escorts in armour.  Most are mercenary, happy to be bought or sold to the highest bidder, whilst some become indispensable to one particular patron and are bought out for life. The cavalier has loyalty to the one that pays them but beyond that must keep an eye out for potential custom and maintain an impressive reputation.  While there is no doubt some truth behind patrons tipping cavaliers for extra favours, there is a famous case of Sir Basil the Cavalier who tipped not only rich folk with goblets of wine that he hoped would patronize him, but also gave money to town criers and king’s subjects to say favourable things about his deeds and stature.  Sir Basil is likely in great debt by the time the adventurers enter his domain.  A chance then to try and rescue Sir Basil’s faultering career by accomplishing some impressive deeds.  As a reward?   Well, he knows where all the best parties are in town.

Feeling Jackets
This one is a bit of a caper.  As the temparature drops and the weather worsens, giant snow critters have awoken from their swampy island and invaded the mainland. The town is riddled with these creatures, which look like flying wind chimes.  When they bite their prey, they take blood and inject an ice-cold fluid into their victim’s veins.  If the creature manages to stagger away, they must quickly warm their bodies up or risk freezing on the spot and being stabbed by a second snow critter which will fill them with tiny eggs.  After that it is a matter of hours before they become the host for a new generation of snow critters.  If your adventurers are unlucky enough to find themselves in such a town in wintertime, expect rescuing missions and lots of hot drinks.  How can the snow critters be stopped or prevented from feeding on the townsfolk?

People Brother
In the town of Ricaroto, they have perhaps the most surprising guardian.  A troll youngling was discovered outside the town in the grasslands before the forest proper.  The young couple who found her didn’t have the heart to kill her seeing only desperate hunger in her eyes.  Away from prying eyes they fed it meat and berries until it was able to use its own limbs. By that time they had already named her Dew Eyes and couldn’t bare to let her go.  It caused much alarm when at first it was discovered by friends on a house visit.  Word got around but the couple stubbornly kept her.  After much debate, the council did not banish their child troll from the town. However, many were very weary of her and the troll was kept at home for all but occasional trips.  At the present time, Dew Eyes is a young but nearly fully grown troll and believes herself to be a person.  She came into her own when a band of orcs raided the town.  They were not expecting a troll and she defended her foster parents’ territory as if her life depended on it.