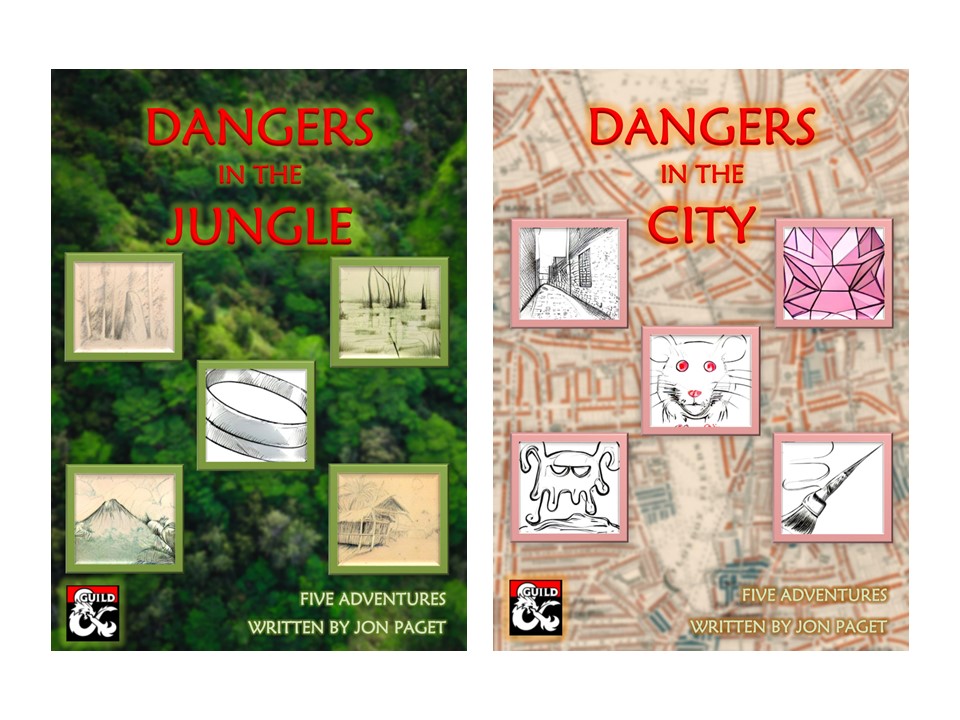 I’m excited to be creating a new adventure series for DnD 5e called the Danger Series. The idea came earlier this year after I created the ‘Deck of Foes‘ book. I wanted to give each of these creations an adventure where players could discover them.

The second challenge I set myself with this series was to keep the adventures on a single page. I am a big fan of the One Page Mage having seen some of their adventures on social media. By designing my own products I had come up with my own series of short-cuts and designs to summarize NPCs and plot, so I was excited to put this into practice.

The Danger Series takes both the Deck of Foes creatures and the One-Page adventure principle to create environment-themed books. I started by creating the ‘Dangers in the Jungle’ and the ‘Dangers in the City’ books, but I have ten such books being planned. Each book contains five adventures. The Deck of Foes creature that inspired it is just one of the encounters to feature. There are also new hazards and NPCs to interact with.

Finally, each book has an Appendix with twenty magical, and twenty non-magical treasures to find. This extra resource gives DMs more flexibility when running the modules. So, if you fancy creating one-shots or side quests with your players, give the Danger Series a look.