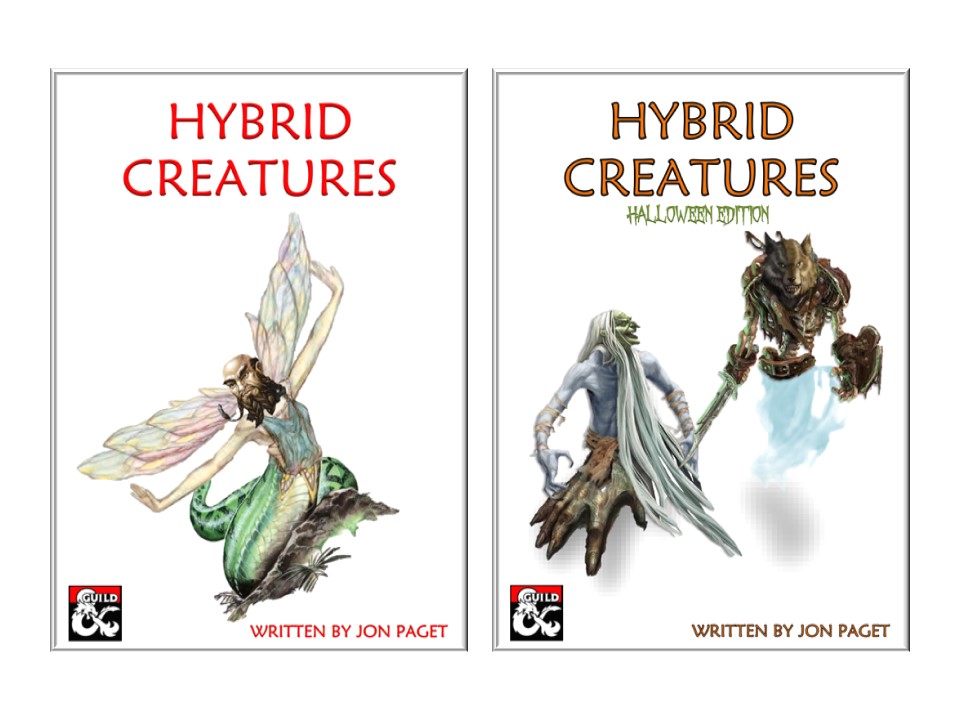 What started off as an idea for creatures being scattered in a magical storm (in the Magical Core module) has become a novel product of its own. I love taking elements from different creatures and placing them together for a unique encounter.

Imagine if a Medusa was tiny and flew, or if an Illithid could breath fire. The first of the series, called Hybrid Creatures, took twenty of the best known and beloved creatures in D&D campaigns and split them into three sections, both in terms of body parts and corresponding abilities.

The final section of the module became the first part. If you split the creatures into three parts, then why not do the same for naming these creature-combos? For example, combing a Dwarf, a troll and a Lizardfolk would create ‘Dwal Folk’.

The second module in the series is the Halloween Edition. With so many horror-themed creatures, it seemed the perfect series to explore the possibilities. Combining a Banshee with a Werewolf and a Green Hag would create a Bare Hag, with horrifying visage, cursed claws and green legs that move 30ft. per turn. It’s such fun!