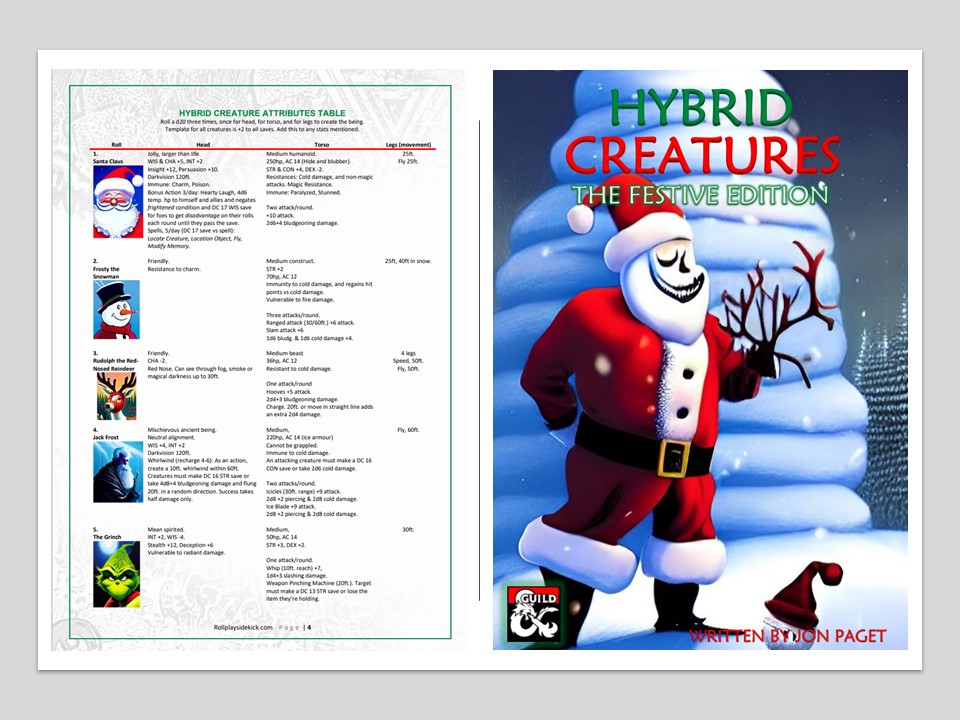 The Hybrid series (The original Hybrid Creatures and the Halloween Edition) has been a delight to create! Not only is it a novel way to introduce new creatures, but it is also a fun way to recycle existing content! Why have a plain Illithid, Witch or Centaur when you can have all three! It even has a simple naming table to accompany it.

The Festive Edition goes one step further than the previous two in the series. I sourced and created the creatures externally from the Monster Manual. This means that each creature has been given 5e stats and abilities. All twenty creatures are well known figures that represent Christmas or Winter, and it was a joy to decide what skills and powers they might have.

You could battle Jack Skellington, Scrooge, or Santa Clause himself. Jack Frost is the personification of Winter and very powerful, while Krampus is a feared demonic figure whose aim is to frighten children.

That’s stage one. Stage two, is combining these legendary entities. How about Santa’s magic, with Krampus’ strength and Rudolph’s speed and ability to fly?!

It was enormous fun to create and I love the idea of new mythical creatures being created in home encounters!