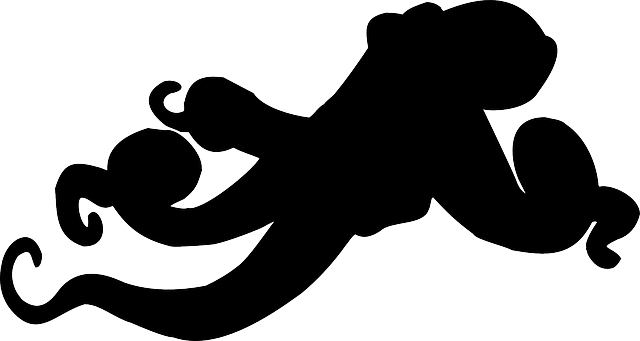 Chop Icon Thickening
The wrath of the Tentacle God is a story of woe for whoever dares.  It all starts with a seemingly innocuous, small box, about the same size as a shoe box.  On its front it contains hieroglyphics, which with time and intelligence can be translated as an ancient form Draconic script.  It talks of slaying enemies and spreading the name of chaos.  The box appears to be sealed but can be opened with little difficulty.  Inside there is a lot of powder and a very small, crude miniature of an eight-limbed cephalopod.  If removed from the box, this miniature will expand, absorbing the air around it.  Only air-deficiency such as water, a landslide or a spell will calm it and allow it to deflate.  Chopping it up does not pop it like a balloon.  Rather it is a jelly-like semi-transparent thing that appears more life-like the larger it gets.  If allowed to get beyond 60ft squared, the legs will start to move independently and thrash about, hitting anything in its path with bludgeoning damage.  Building structures will not stop it, only solid rock will prevent its further expansion.  If it is not stopped, it will reach its full size of 120ft. by 120ft. and after another 10 minutes of chaos, will finally shrink to its original size and sit in its box, sealing itself back in.

Where will the adventurers encounter this instrument of chaos?  Will it be lost and unidentified in an antiques shop or in the hands of an unhinged rebel fighter?

Spoon Integrating Magazine
The reloading mechanism is very popular with ranged weapon marksmen.  It is an enchanted spoon that has recently been added to crossbows, taking bolts from a pouch below the trigger and inserting it into the device, ready for the next round of combat.  Military engineers are now looking to add it to experimental devices called guns, but it is in its infancy.  As for shortbows, it is considered too user-intensive a device for the enchanted spoon to be of use.

Protections Deliver Young
Also called the ‘Gingerbread Trail’, there is an enchantment that attracts the young and the naïve.  In the winds, the spell drifts, instilling in the minds of its victims a ‘call of adventure’.  The stories pop into their minds, sometimes fabricated but sometimes feeding off the half-baked rumours these people have heard.  Suddenly, there is a tower made of gold, a house made of gingerbread and a glade full of unicorns to find.  These are normally a form of trap used by spider-vixens, witches and warlocks.  It can also be used as a quick way to coerce children away from danger.

In this example, many children have been captured by a goblinoid warlord who intends to use them for ransom.  The protections around his fortress make it virtually impossible to enter without the correct knowledge.  With some effective information gathering, the adventurers will learn that he doesn’t have much manpower and is holding the children in place with toys and a form of forgetfulness spell.  They spend their days absent-mindedly playing.   Have a mini-quest to uncover this lesser-known ‘Gingerbread Trail’ enchantment, which will overpower the fortgetfulness enchantment on the children and allow them to follow the spell’s trail out of the protected fortress for themselves.