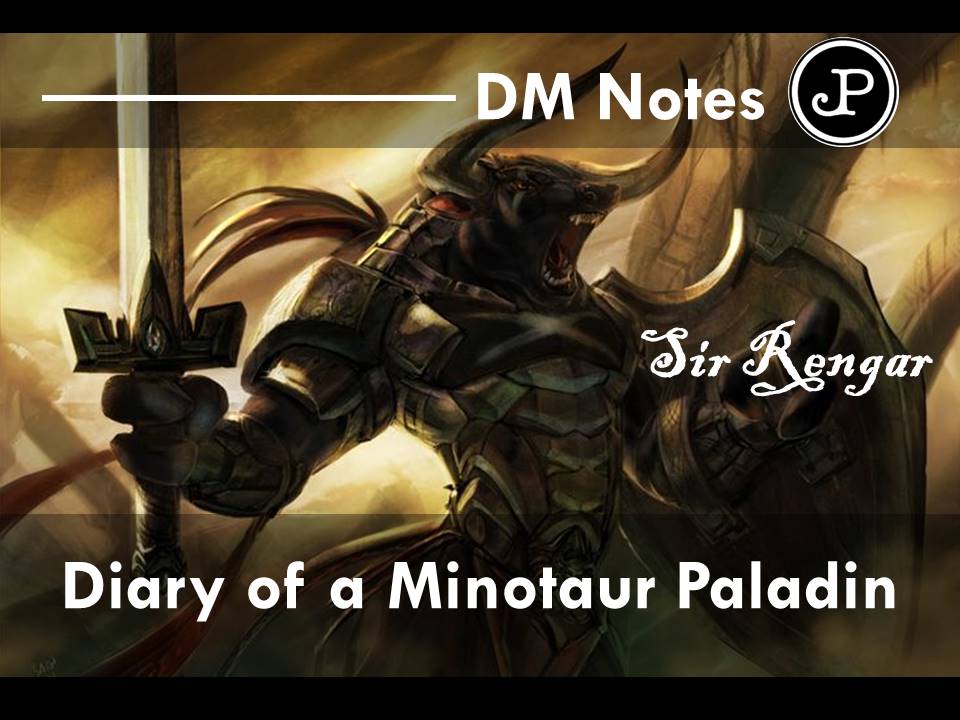 I recently had the pleasure of reprising a character for Part 3 of the Jungle of Nocturnal Madness – a very inventive roleplay taking place in a land where chaos has taken hold and many ancients secrets lie in the jungle. Here is my character’s take on the events:

Extract from The Diary of Sir Rengar

Karunam is a curious city, built like a societal pyramid with the poor inhabiting the outside sector (sector 3), those with good financial and social status in the second sector, and the masters of the city at the very top, literally, of the city in Sector 1.  I appreciate the hierarchical order of things as it means everyone knows where they belong in order for society to function.  This is good so long as the foundations are strong.  However, we have heard strong rumours of corruption and have witnessed the poverty and slavery of Sector 3 with our own eyes.

Since I have arrived, I have helped the two Drow siblings Missiozin and Nel handle matters with their Father, who is the leader of some sort of order.  He has the same chaotic but kindly spirit of his offspring.  He appears to want change for the good of those around him and at the expense of the Masters who run the place.  I feel very conflicted working with him, as although he tries to improve peoples’ lives, he takes on contracts for unnamed clients to rescue prisoners.  This sounds distinctly dodgy to me!

Still, they needed my strength and I am very lowly thought of in this strange place, so I took it on.  Working with a mage, we allowed ourselves to become gaseus forms and squeezed through gaps to get into this prison.  Once in we found a heavy door barring our way.  I attempted to use my strength and started to force the door open, only for the wee mage to finish the job with one hand!  My feeling of inadequacy was complete!

We didn’t find our target (Someone called Gabbot) but instead found a large Earth Genasi who I vaguely recognised, as if from a past life.   He was chained up and seemed unhinged.  We decided to break him out and hoped that he could help us navigate the mines.  Once released, he took to wearing his chain as a sort of garment and called himself ‘The Unchained’.  What had we let ourselves in for?!

We followed him as he wondered through the tunnels, attacking anyone he came across.  His thirst for vengeance made for a busy journey but eventually we found a chamber with many bound prisoners.  They claimed that they didn’t know what they were meant to be digging for.  The whole operation seemed very suspicious!  We released them and deciding they were our burden now, we looked for a way out.  We also found a ‘death room’, and my wizened colleague recognised Gabbot among them.  We wondered further up the passageway, but my comrades were blown off their feet by a well place fireball!  They spoke of three ogres and a deep pit.  I prepared a spell of my own, but upon my gaze the image melted away and only a mage was left.  Our mage took the bull by the horns, if I may say so, and polymorphed the chap into a snail!  I made to snatch it up, but it disappeared and suddenly I felt a blade cut my leg.  An invisible fiend!  The Unchained launched his ranged metallic rings and they wrapped around the sneak as if it were a Christmas tree!  I sat on him whilst they finished him off.  As for the snail, we named it Sally.

We reported our mission to the client, who thought it was an utter failure.  Not so!  We rescued many slaves and recruited the services of ‘The Unchained’!  Back out in the open,  Sector 2 was celebrating the Festival of the Orb.  The orb is an object kept in the middle of the city (in Sector 1) and is said to be incredible.  I have already felt a strange euphoric feeling more than once that is uncommon for me outside of dealing out righteous justice.  We stopped at a tavern to allow The Unchained his first drink in many months.  In this premises, I learned that the Beast Games were being held at this time, where warrior and beast would do battle for glory.  Interesting but not relevant to our current mission.  Then, a keen young man in a guard’s uniform approached me asking if he could join us our party.  His name was Mano and it seemed he wanted to redeem his honour after he was acquitted for a crime he didn’t commit.  My heart went out to the chap and I felt I had found a kindred spirit in this strong city.

We entered the Beast Games taking on creatures found in the jungle.  Mano was a very useful fighter, striking well with every strike of his longsword.  Finally we faced off with a giant lizard, which could fire a strange chained weapon from a distance.  We quickly closed the gap between us and dealt with him from close range.  Through the blood and the sweat, it was warming to hear the crowd shout our names as if we were worthy of their support.

The best was yet to come.  We were escorted through the city by Mano’s fellow guards and handed off to special guards in Sector 1.  There we entered the palace, which was magnificent with its shiny marble domes and archways.  All the while the euphoric sensation was growing inside of me that was much greater than winning a bout with a beast.  Finally we were in the presence of the orb itself… word cannot describe the joy and majesty of the thing.  Let us just say that I have been positively scarred for life!

I left the rejuvenated Mano as he re-joined his regiment and sought out my adventuring companions.  I found them as guests in the house of a rich merchant in Sector 2.  It seemed he wanted our services to discover some artefacts from the jungle.  This wasn’t all that strange, as gold and steel were uncommon in the town but could be found in the ruins and temples beyond.  My companions didn’t seem to trustworthy especially when we were to be ‘escorted’ by five rough-looking mercenaries.

On our way to the docks, we stopped by the market for supplies.  Nel made a break for it, setting a chain of events in motion.  A fellow paladin in the party stood up to the mercenaries whilst the others made a run for it.  I decided to drink a gaseus form potion and disappear from view.  I admit that I didn’t want my newly-boosted reputation to be tarnished by being seen to be fighting in the marketplace.  I feel ashamed by this – it was not the act of a brave paladin, more the excuses of an egomaniac!   Fortunately for me, the others dealt with the mercenaries and we were able to get away.

And so we find ourselves in the jungle once more.  I am delighted to renew my travels with Sgt Pepper, the loyal Water Genasi soldier from Karinspire.  I am also here with two highly intelligent scholars who are keen to get to the bottom of why the original society that built the temples crumbled.  We are looking for a little-known temple that may hold the answers we seek.